From a brutal slugfest a new elite cyclist emerges ... 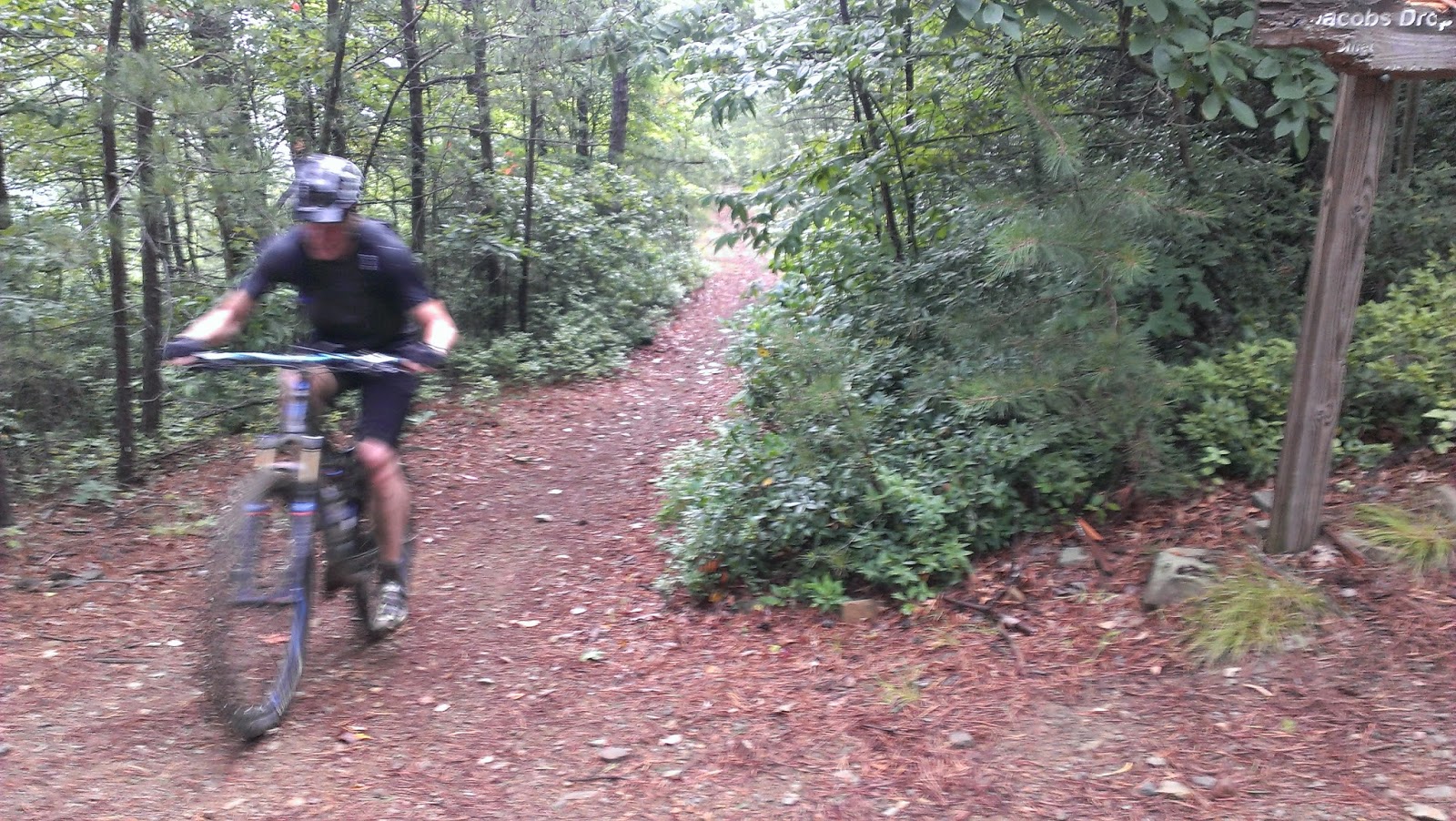 Luckily, I was right place at the right time to witness an incredible athletic performance yesterday.

He didn't realize he was in over his head, much less how far in over his head he was ... but that didn't matter. In his mind he had distilled this situation down to a simple conviction "no matter what lie ahead, he would not deviate from the course and he would not give up". Period.

Viscerally, this was more like a 15 round boxing match than an epic mountain bike challenge ride. By round 7 Ricci had already been hurtled to the ground by the Gamut a couple of times, though there wasn't even a hint of submission. Time and again Ricci picked himself and his bike up and the battle would wage on.

Back pain and enormous fatigue were factors for Ricci by round 11 when the Gamut relentlessly pounded Ricci with the Kerncliff climb. Still, I was not surprised when Ricci, steadily walking beside his Rumblefish, crested the summit. Round 11 - Ricci.

Round 14 was Hemlock Tunnel end to end. I didn't realize it but rocks hidden beneath leaves had thrown Ricci to the unforgiving trail. I waited and waited for him at the bottom of the descent. I called out to him, but no response. Then, just as I was about to head back up, the distant sound of tire disturbing rocks could be heard. Moments later Ricci rolled up to my rear wheel with a few new scrapes. Clearly battered, Ricci somehow made it to the end of Hemlock Tunnel, but he had nothing left. His bike fell to the ground, Ricci dropped to his knees and elbows, he was now out of water too ... and the bell sounded. Round 14 - the Gamut.

Anyone watching this would have bet against Ricci even emerging from his corner to contest the final round, but rise he did.

Ricci, for the first times, spoke aloud about not being able to continue, but uttering those words seemed to free him of them. As Ricci battled along 4 Gorges it was now the Gamut who was beginning to submit to the impossible resolve of Ricci.

With a final acceleration, Ricci ascended the rocky entrance to the Bennett Springs Parking area. There were no reporters, no fans, not even a visible finish line, though the challenge and challenger both knew what had just gone down.

Everyone that showed up to this year's annual challenge of "The Gamut" (riding every trail at Carvins Cove in a single day) likely loaded their cars in the rain to drive to the start. 23 began their Gamut attempt at the designated 9am start time and a number of others started later. Of these very hearty souls, only 6 would complete the entire Gamut route 43.1 miles, 7,231 feet of climbing.

Personally, it took me 7 attempts before I completed my first full VES route in November of 2013. There are shorter options for every VES event, but the full (longest) route is intended to be challenging even for Virginia's top endurance athletes.

v2014 Additions GPX FILE
How to Navigate with GPX Files
What is the Virginia Endurance Series? LINK

Roanoke is the "2013 Best Trail Town" http://www.blueridgeoutdoors.com/hiking/best-trail-town-2013-roanoke-virginia/ for one reason ... the singletrack at Carvin's Cove. 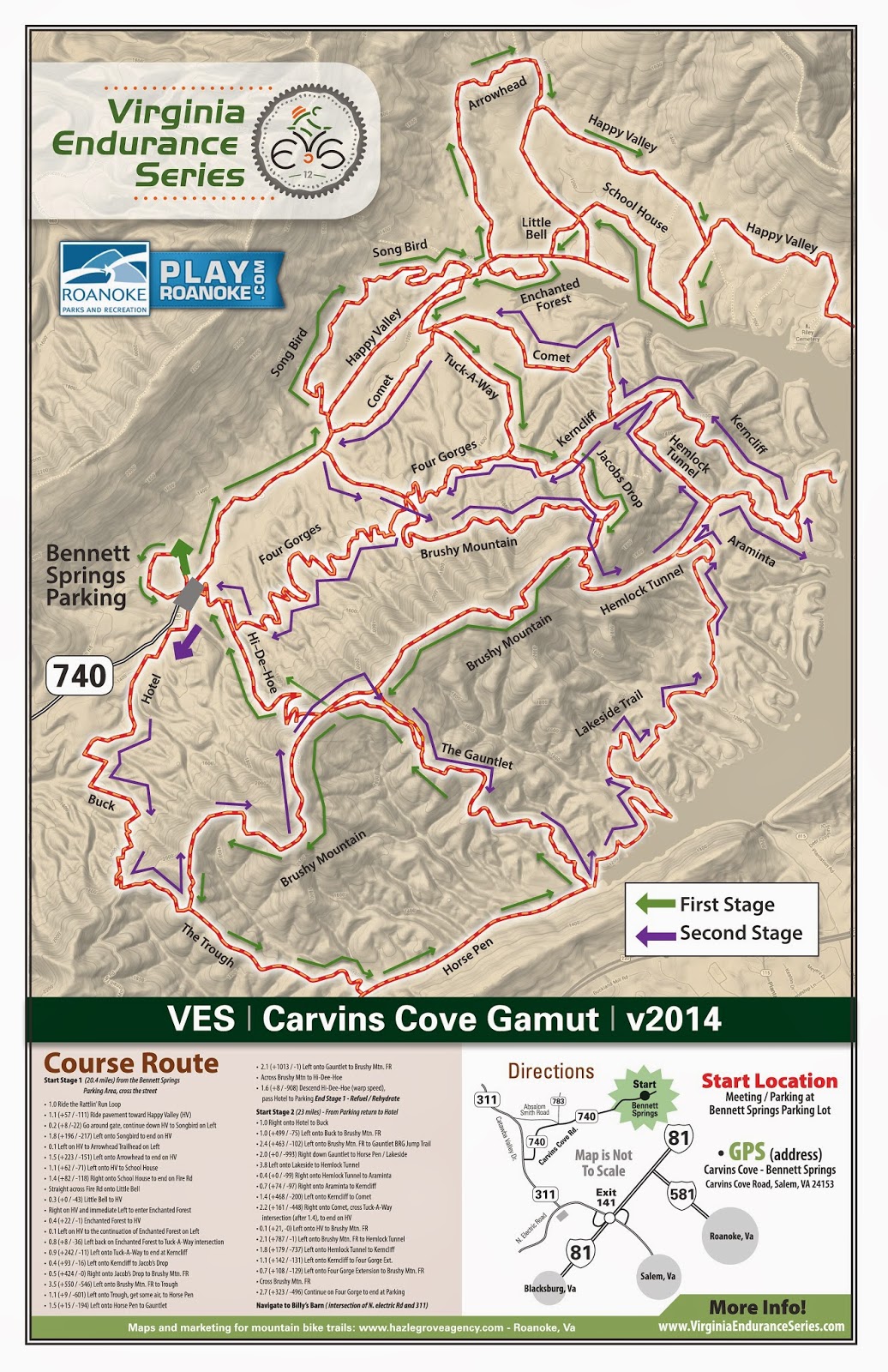 With the sweet trail offerings continuing to expand, riding "The Gamut" at Carvins Cove (every trail in the extensive singletrack system in a single day) has become quite a challenge: 43+ miles with LOTS of climbing.


The absolutely incredible trails, and the corresponding high most mountain bikers experience while riding them, keeps the accomplishment of riding "The Gamut" seemingly within reach (though very few have people have actually done it).

The Gamut consists of 2 stages (see above map). Both stages start and end at the Bennett Springs parking area, which is perfect for refueling and restocking mid-point in the Gamut attempt. Both stages contain numerous bail out options too.

On Sunday July 27th we will meet at the Bennett Springs Parking Area http://goo.gl/maps/6KASO for the 9am start of VES #8 an attempt at riding "The Gamut".

Posted by Capt Insane-O at 3:11 PM No comments: 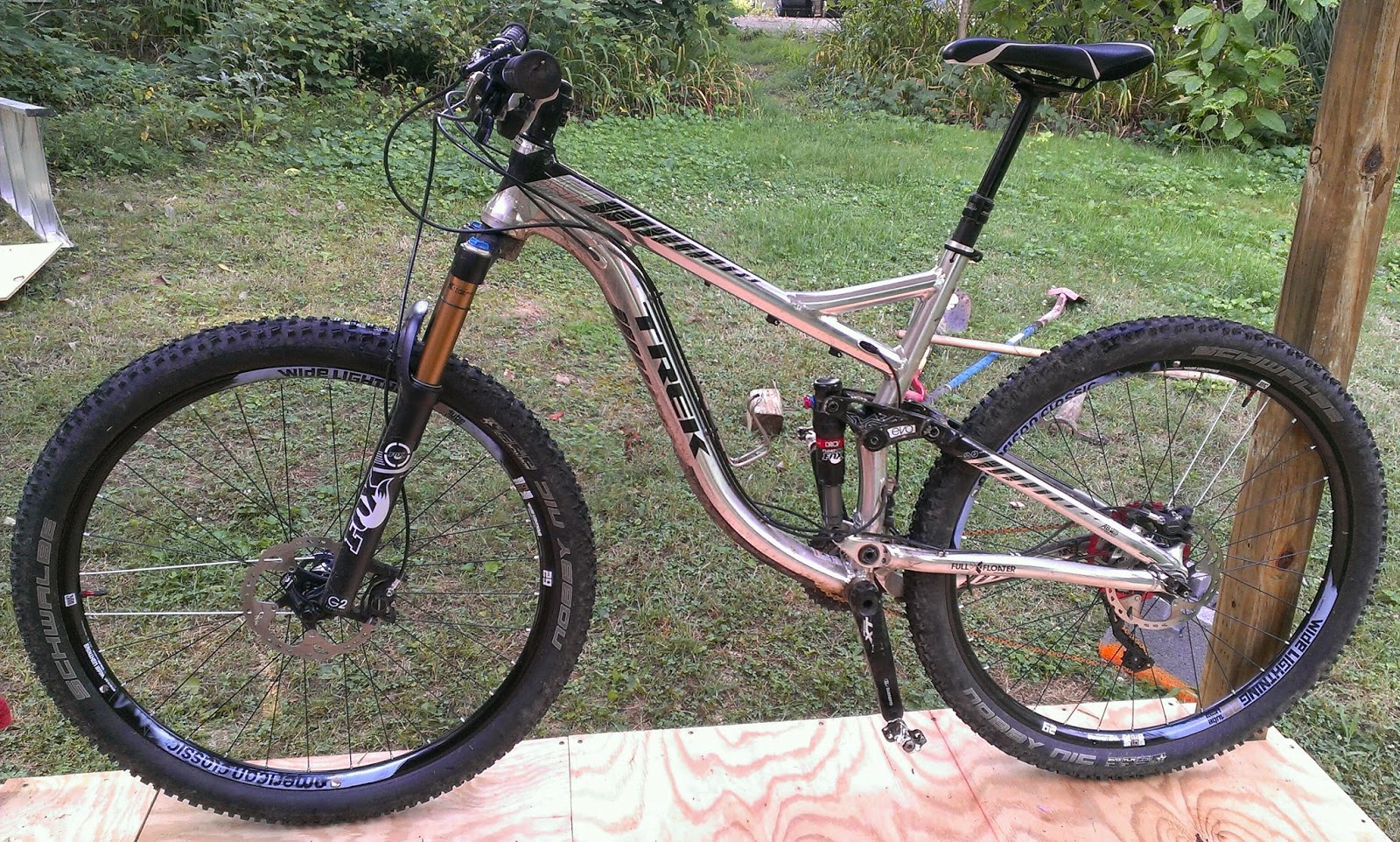 I'm regularly asked why I've chosen the Trek Remedy 9 29 for VES events and as my daily whip and the simple answer is that it's a mountain biking fun maximizer. Pinkbike concurs:

"I was a pretty big fan of Trek's aluminum Remedy 29er when I reviewed it back in September of last year, with the bike surprising me with just how capable it is. Such was the chrome machine's adeptness that I didn't hesitate to put in 70km death marches with 9,000ft of climbing on a Saturday before heading to Whistler on Sunday. Sure, it wasn't the best at either task, and it isn't intended to be, but I can honestly say that it might have been the most fun for both jobs. You can't say that about many bikes, can you?"

The other very important aspect for me is that I do *not* like crashes & injuries. I'm closing in on 45, so I 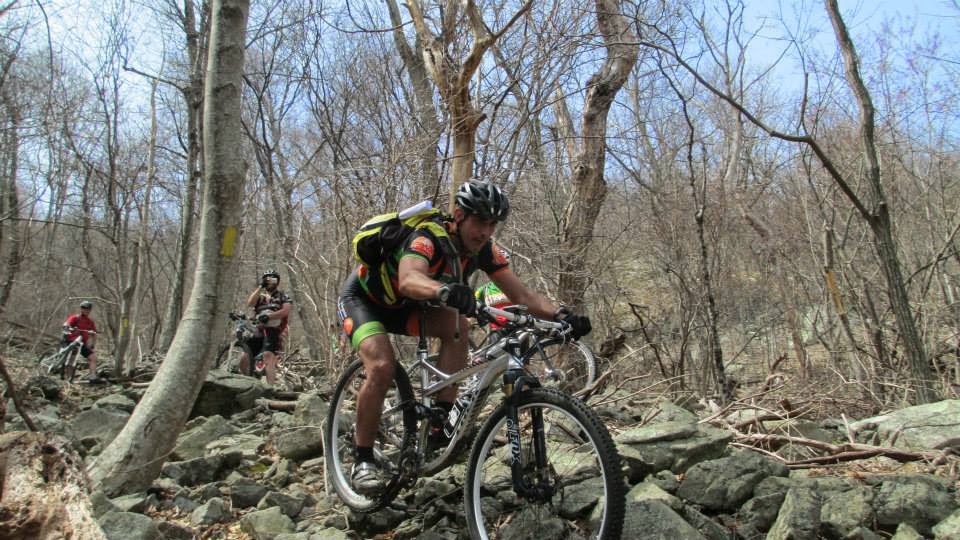 don't recover from injuries as quickly as I used to, but I still enjoy riding technical backcountry gnar. The more slack angles of the Remedy (67.5° head angle) combined with it's 140mm of dialed-in travel result in a bike that helps keeps me out of trouble ... and the Remedy often saves me when I inadvertently ride myself into a situation beyond my skill set. 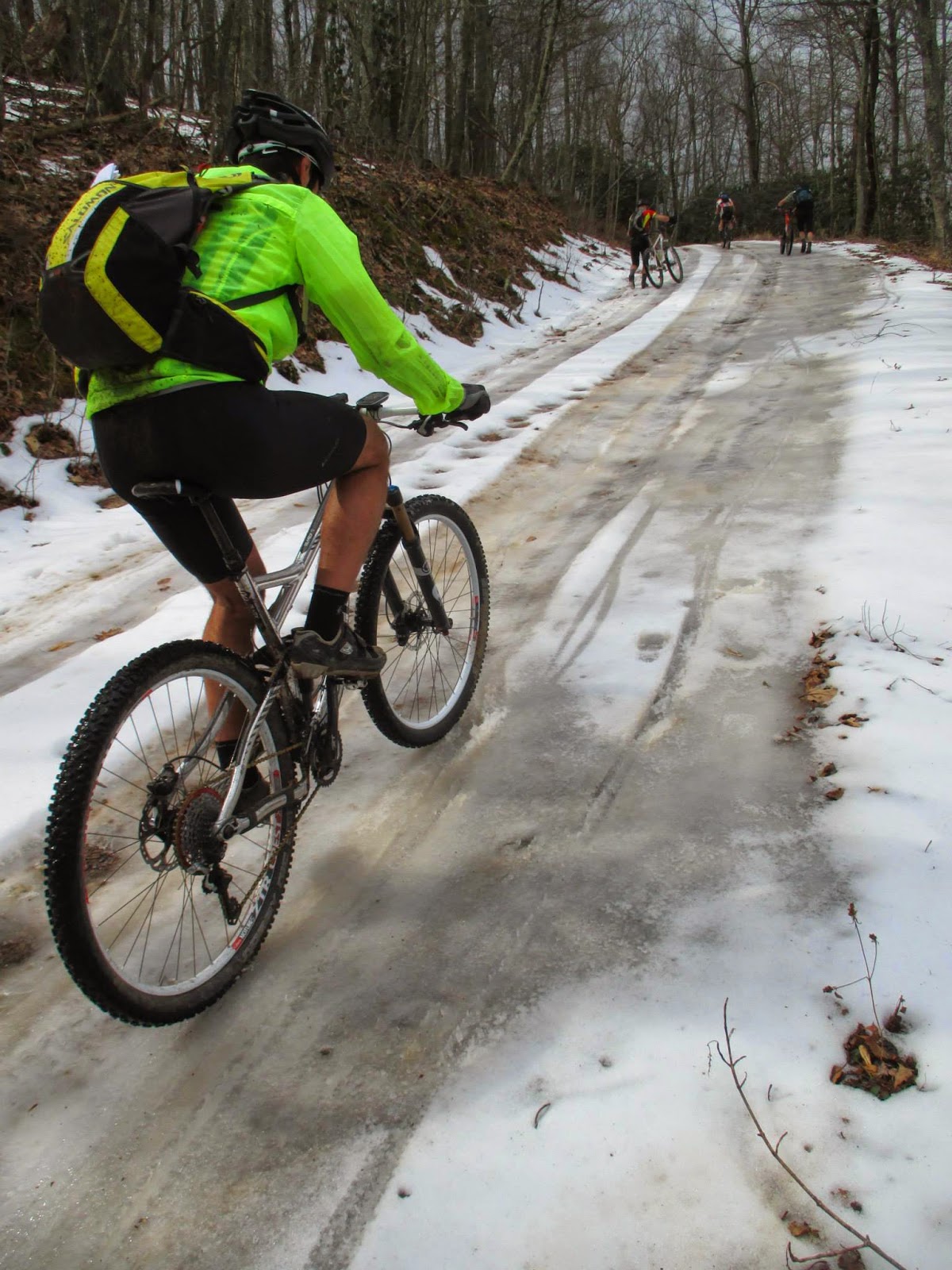 While the Remedy 29 is not a climbing KOM killer it is a very capable and comfortable ascender. Leave the rear suspension in Trail mode and climbing traction and stability are incredible. You'll find yourself riding technical trail climbs that you've never cleaned before and you can comfortably climb and climb and climb ... staying on your bike more, pushing your bike less.

A truly unexpected and fantastic surprise for me was how well the Remedy 29 rides tight switchbacks - especially uphill. The bike turns back on itself with stability and control like no 29er I've ridden.

The only subtle handling mod I made to my 21" Remedy 9 29 was swapping out the stock 750mm handlebar for a Spank Spike EVO 777 and in my opinion the slightly wider bar nicely compliments the Remedy's layout and handling. I opted for a white and black 777 but Spank makes a chrome and black version that would be a crazy perfect match for the bike's oem aesthetics (if you're into that).

Tire clearance is absolutely outstanding on the Remedy 29. When Schwalbe Nobby Nic 2.35s are mounted 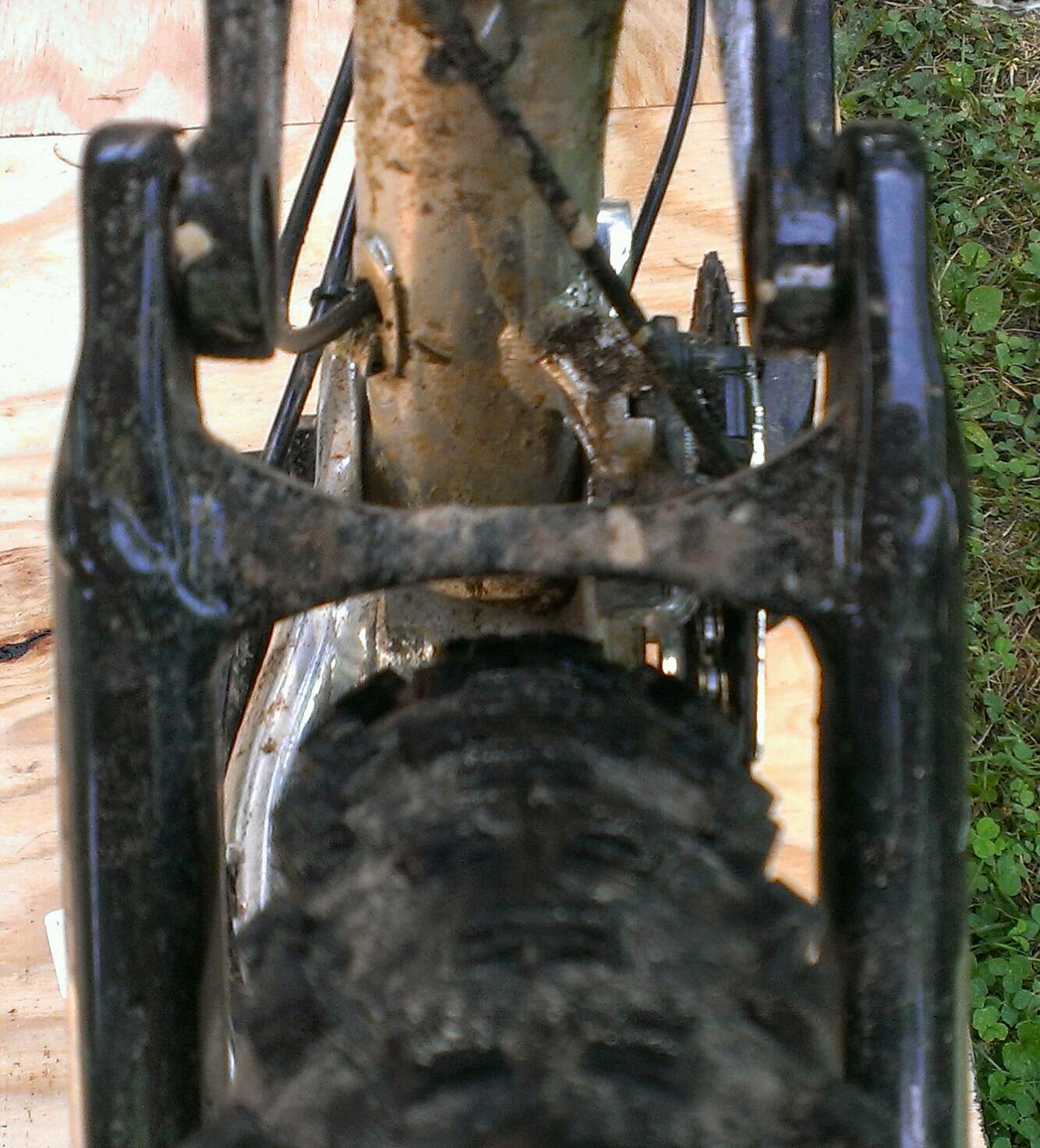 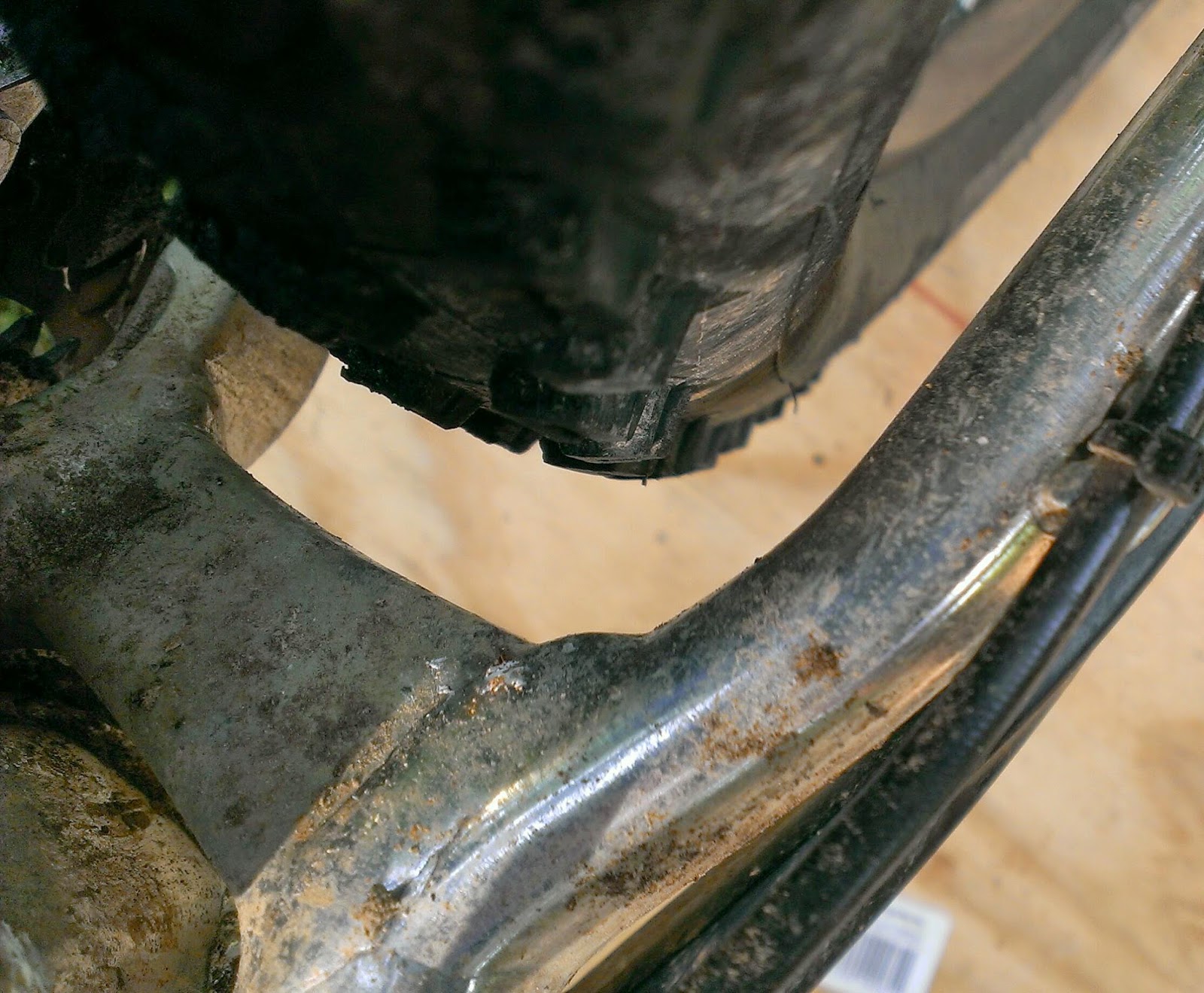 to American Classic Wide Lightning rims (look for a full review of these wheels in the coming weeks) the casing width measures a massive 2.407 inches and the Remedy 29 easily accommodates these large aggressive tires with gobs of room to spare! 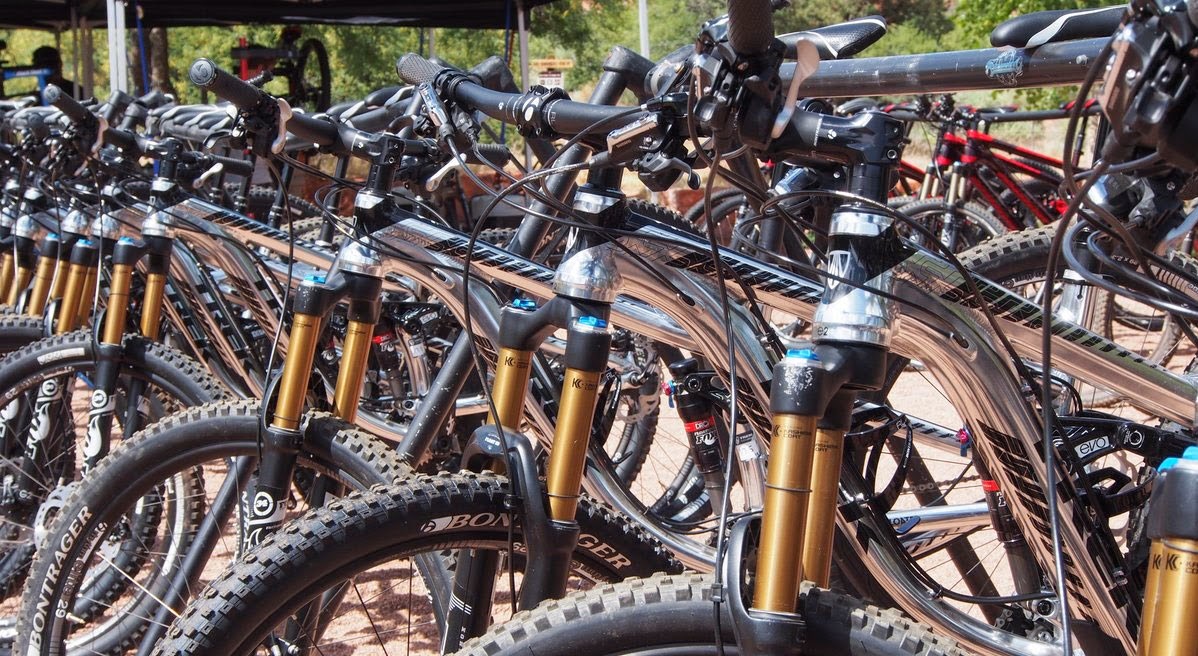 Since Trek's Remedy 29 introduction earlier this year, the rave reviews and its popularity speak volumes for the bike, but I highly recommend taking one for a test ride at your local dealer or during a Trek Factory Demo Day near you.

For 2015 Trek is adding lighter carbon framed models to the Remedy 29 lineup. Click here for a preview from Pinkbike.
Posted by Capt Insane-O at 10:52 AM No comments: